Members of the Crime Suppression Team began an investigation into drug trafficking activities back in January.

On Friday, search warrants were executed simultaneously at the homes along the 1800 block of 1st avenue north.

A total of eight people were arrested. Four of those people were subsequently charged and four were released without charges. 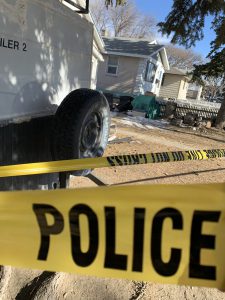